From 1983 to 1986, the Flying Fonzarellis were a Perth phenomenon. They were the premiere pub party band packing out venues every weekend with the ‘full house’ sign going up even before the gig began.

Playing their unique blend of rock, soul and party music, the band quickly built a loyal following of fans and word quickly spread that a ‘Fonzarelli‘ gig was the way to spend your Friday, Saturday and even Sunday night! 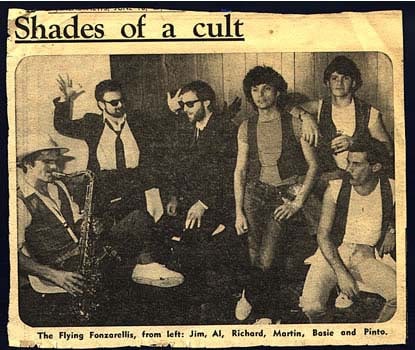